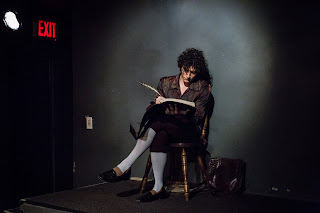 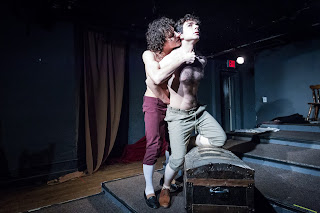 "Who wrote all those marvelous plays with Shakespeare's name on it?"
This rumor or conspiracy has been around for many decades.
Some scholars question the authenticity of some plays with incredible knowledge and awareness of all things Shakespearean without him ever leaving England or even attending any college or university.  There is nothing on this planet which has escaped Shakespeare's eye or his Imagination.  His plays encompass the whole world and whatever is in it.  Love, hate, murder, jealousy, power, travel, you name it and he has written about it thus creating suspicion in many people's mind that perhaps someone else is behind those ays.

And thus the conspiracy is born. Marlowe, who was England's foremost playwright before Shakespeare and who was rumored to be a spy as well was supposedly murdered in 1953
after he was charged of Treason and then buried in an unmarked grave solidifying the
rumor for some that he actually escaped and remined in hiding in Italy as well as in England and was the actual author of at least some of the plays which came about after Shakespeare's death in1616.

The  play, Shakespeare Conspiracy tells us the story of what many believe actually happened.

The play takes place in 1593-1632
We enter into a dark and haunting space where the dead bodies are being carried out because of the awful plague.  Darkness of the night and of death set the stage for what is going to come.
The lighting and scenic design (Minimalist) by Brian Pacelli is stunning.

Sir Thomas Walsingham (Mathew Dalton Lynch)  and Christopher (Kit) Marlowe (Mateo D'Amato)
are lovers and are having a blissful life,  Marlowe,  a very youthful and passionate fellow is consumed with writing till he is charged with treason A plot is designed by Sir Thomas Walsingham to bribe the assasin and make Marlow disappear eventually to Italy.  He send his scripts from whereever he is and another ordinay actor (Temesgen Tocruray) Wiliam Shakespeare is hired
to put his name on the scripts.
What makes Sir Frances Walsingham (brilliant Jevon Nicholson) suspicious is the locals of the plays, Now they are being set in Italy and not in England. He tends to believe that Marlowe is alive somewhere and his murder was a hoax and he assigns Constable Henry Maundee (James Arthur M. great performance) to investigate and investigate he does.  He never leaves Sir Thomas alone and is watching every move being made and he recites many Sonnets and pharases admiringly, perhaps he is falling in love with Marlowe himself.

With quite a few twists and turns and eventual murder/suicide the Conspiracy unfolds.
Its very much of a thriller and much better than Agatha Christie's murder mysteries.  After all it involves Shakespeare and Marlowe, two greatest dramatists ever born.

The play is throughly engrossing.  The whole ensemble is wonderful even actors in small roles, especialky the young man in Sicily (Joshua Jacobson TA) who appears towards the very end of the play is handsome and extremely memorable.  Actors who play small roles and complain take note.

Directr Jeremy Karafin whhose work I have always admired has done an enormously brilliant and superb job directing this very complicated and difficult play.  He has created an atmosphere of darkness and shadows which are perfect for the mood of this play. The set is minimal, space is small but used effectively without clutter.  But its also the fantastic lighting design which makes the atmosphere so engrossing.  At some moments we can't see the faces of some actors such as Marlowe when he is in Sicily, maybe some candles could have helped but neverthheless the play works very well.  I just happen to love candles.  Bravo Jeremy.  A beutiful, sensitive and delicious accomplishment even when it involves poison. 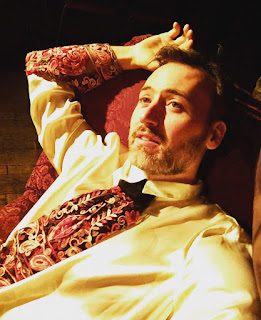 Posted by arts international at 12:36 PM