This incredible and important Irish festival is back and it's a delight as usual.

With great effort and determination the producers, directors and the talent got

together across the Atlantic and did what they do best.

They brought us the festival on line, lucky for us who always look forward for

it's arrival every January.

the Atlantic. There are six films and documentaries plus panels on various topics such as

productions during the Pandemic and diversity.

produced by Fishamble in Dublin. 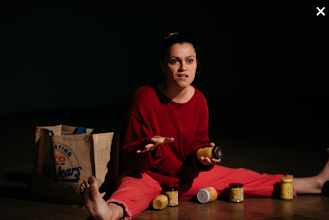 Eve is an award winning playwright and performer who brought her, "MAZ &BRICKS"

another one woman play in 2020 Origin Ist and had won an award in Edinburgh Fringe.

Eve is a very powerful actress with great control over her delivery and strong presence.

In her play Mustard, the character's name is also Eve and she is going through difficult times

She is heart broken and devastated about a difficult relationship and Mustard is on her mind.

Mustard is also present in plenty amount throughout the show.

stingging sensation. Eve tells us that Mustard is the only British export to Ireland and she

her. He abruptly ends the relationship and she takes it to heart. She returns to Ireland and starts

stripping and soaking her body....

with Mustard either to heal or go through more pain of cleaning up.

Her mother thinks that she has gone mad and perhaps she has,  and I felt bad for her because her

boy friend didn't seem worth all that heartbreak. It's a comedy with serious elements of a broken heart

trying desperately to heal with the power of a strong, bright yellow condiment such as Mustard.

She gives a strong performance as usual.

"THE GIFTS YOU GAVE THE DARK" 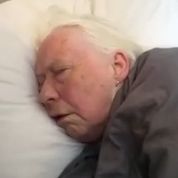 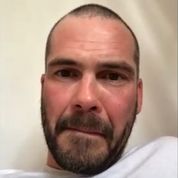 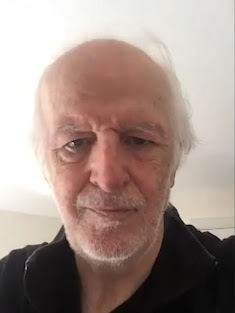 A heart breaking story of a man in Belfast who himself is sick during the time of Pandemic,

Journey to see his mother for the last time.  And he does. He talks to her on line.

Rose, played by Marie Mullen, the most brilliant actress in Ireland,  is just superb.

She gasps for breath and gasps again and it is so painful to watch.  It seems so real, her waiting

for the son, her last moments of remaining life and the wait to hear her son's voice before it's too late.

Tom, played by amazing Marty Rea is told by his uncle Larry,  Sean Mcginley that Rose

These simple words have such an impact because Sean says them so poignantly with depth of feelings.

as he describes the road blocks and dark skies of Belfast. There are beutiful lines in Mr Murphy's script

such as, " That beautiful amber light of your eyes." Tom tells his dying mother while he himself is trying

so hard to not fall apart with the onslaught of the imminent sorrow.

This play is brilliantly written, produced and acted by all the actors.

All the plays deal with domestic violence which errupted during the Covid -19 Pandemic.

The plays have been self filmed by actors in Dublin and New York.

"ALL THE LAST WEEKEND"

DIRECTED AND ACTED BY: ANGEL DESAI 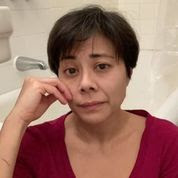 violence. A woman is reciting the sad story of another woman who is her neighbor and

she often hears her anguished voice and screams after her husband abuse her.

Cops have been coming to that apt long before the Pandemic lockdown.

The upstair neighbor even hears cops exchanging dialogue about this particular couple.

violence.  Female cop asks the abused woman if she has ever lost consciousness?

The husband always blame the wife, oh! she is bipolar, she is messed up, she is disturbed.

Sometime the neighbor sits on a sofa to think about her awful existence, he hits her, pulls

her hair. We are told. Many times he...lift her up smashes her on the floor,

lifts her up and smash her against the wall again and again. "You want to play dead?" Ok, play dead.  I

have a gun in my sack." he shouts and shouts at her.

relationship which is exaggerated with the confinement of Covid-19 lockdown

not much has been done to prevent it.

Then the story shifts.  The actress who was reciting the neighbor's story is perhaps now

with her husband/lover, he started to abuse her and hit her and she regrets not leaving him years ago.

with blood shot by her own husband multiple times.

.A bit confusing for me but whatever,  these plays are very tragic depiction of domestic

violence. There are some effective visuals at the end in this particular piece.

I have always enjoyed Honor Molloy's work.  She is a superb writer.

"THE ISOLATION OF Mr MOORE" 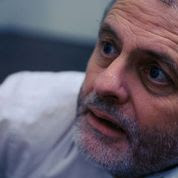 He has a big tv and he watches episodes of gilmore girls in his quiet apt.  There is silence all around

him except one afternoon when he hears a knock at his door.  He is totally startled and fearful.

Eventually the knocks continues and then he hears a female voice, (Niamh Hopper) ...

He becomes more paranoid,  He feels someone is trying to hurt him and never opens the door.

The faint voice of the woman continues often with the knocking.  "I hear you breathing Mr Moore."

'I can smell the beans cooking" "Are you alright Mr Moore?" "I am worried about you Mr Moore."

The more he encounter this sound the more frightened he becomes.  Then we hear the woman talking

about her husband, Mylo and his aggressive behavior. He still doesn't respond, till it's too late.

One day Mylo smashes her against the wall couple of times and thats the end.

Actually the lady was seeking help from Mr Moore.  She wasn't safe from her husband and was

desperate for her life.  After that tragic incident Moore is so frightened that he believes Mylo is

going to come aftre him.  He starts to put bean cans right outside his door and the next morning they are

all gone. After a few days he has no beans left. At the start of the show he says, "I have nothing." I have

I am sure he also feel terrible for not helping his lady neighbor when she was in trouble. Well, the

lockdown and Covid-19, a tragedy too immense has changed everything in a frighening way.

David Spain is a wonderful actor,  great presence and even fun to watch under such difficult

circumstances.  The voice over by Niamh Hopper is also very effective tough some time the words are

not clear but I enjpyed this show immensely.

Posted by arts international at 7:48 AM