UNDER THE RADAR FESTIVAL AT PUBLIC THEATER 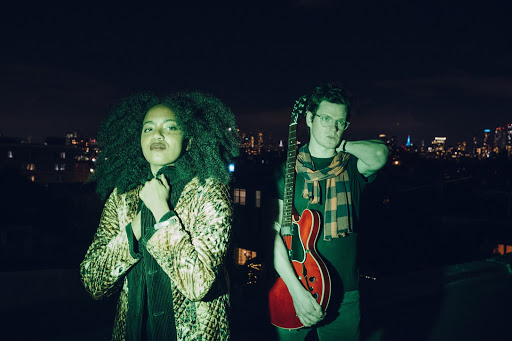 UNDER THE RADAR: PUBLIC THEATER

journey of a part of their lives which covers many aspects of their emotional calm and tensions,

their isolation, desires, intimacy, identity which encompass race and class at a time of many difficult

and intense passages of time.

We encouner times of violence, loneliness and shock of pandemic, empty streets and protests.

Lonely country roads with fallen leaves of changing seasons.  In a short time the piece which

when many questions have to be asked and answered.

history of South Africa. Present day violence hits hard and it for sure complicate relationships between

the couple of mixed race and class.

They sing, they take longwalks, they drink wine on a swing, they express lots of their personal

protests. It's a very effective way to sing through the mixture of emotions.

Whitney White has a great husky and melodious voice which goes deep into our soul when she sings,

Capsule is beautiful, sensitive and tender depiction of difficult emotions to say the least.

Espiritu, a production of Teatro Anonimo of Chile is written and directed by Trinidad Gonzalez

who also is an actor in it. Espiritu is a combination of a few different stories taking place on

one night in an unknown city. The three characters in the play seems like facing a crisis in the city

and want to do something about it. They feel they need a purpose to live because their lives are

not to their taste. They are unhappy about consumerism and exploitation but subconsciously

some of them also have a desire of entitlemnt.  In one story a woman is standing in the street

near a car and that little area of the street is lit by the light from above, coming through his window

so he yells at her as if she is occupying his space.  He believes he owns that part of the street.

In another story, a woman wants more than love which her musician boy friend provides her

in plenty but she desires other things, material things such as a car.

The characters plan to have a revolution. They want to trap the evils of the world in a bottle and get rid

of it but never carry it out. The piece loses momentum at some point but still is worth it. 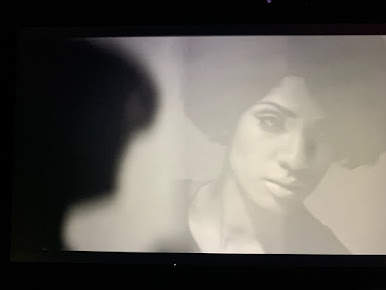 opera and motown blues and poetics.  Shot in clubs and different locations in different neighborhoods.

Alicia's presence, her voice and her beauty is hauntingly moving.

Her voice is choking with the desire and longing of love, infatuation, yearning to be together and it

crosses all bounderies of nations, the occeans, color and race. It's a great production and a great

I would love to see this again live soon when we can all gather without the fear of pandmic.

Congratulations to the Public theater to do this under difficult times.

Posted by arts international at 7:00 AM